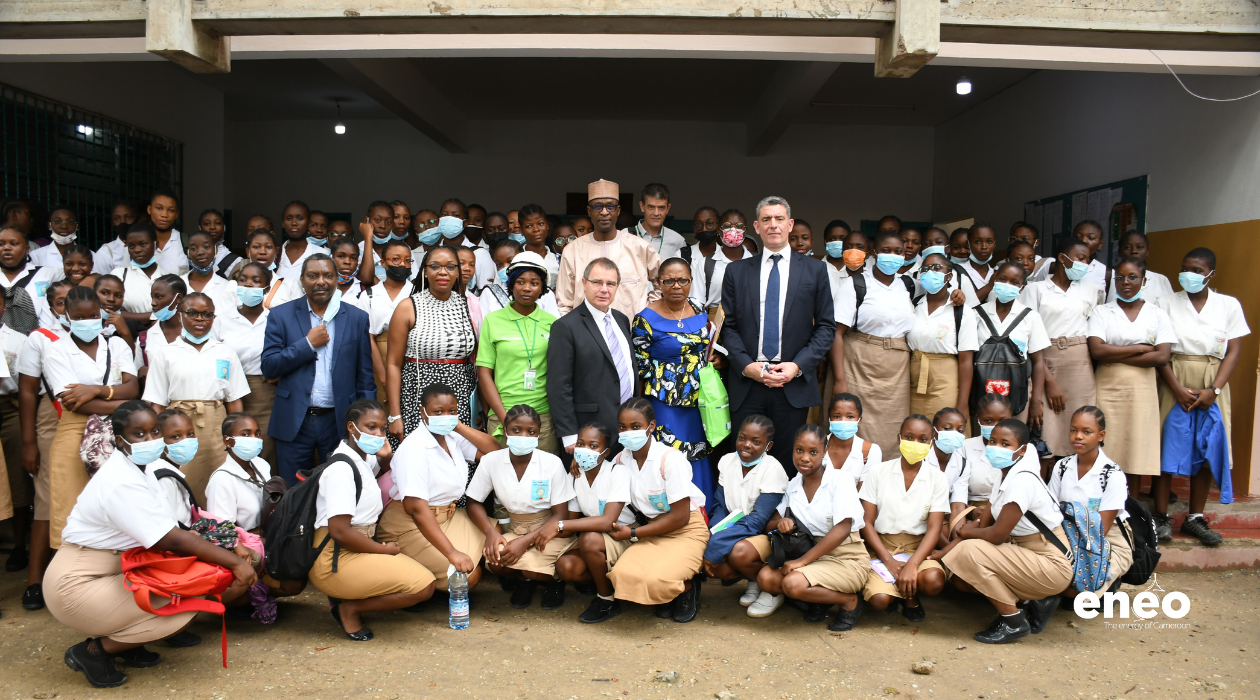 Government Technical High School (G.T.H.S.) Koumassi is one of the establishments in Douala that train young girls in technical trades. Eneo chose to approach this Industrialisation Day from the angle of gender promotion by coming to meet young girls who have embraced technical trades, especially electricity. Eneo's objective behind this well thought approach is clear - to continue its internal transformation by improving the low representation of women in its technical professions, and more generally to reassure these young girls that they have made the right choice, a valid choice full of opportunities.

Every 20th November, the United Nations Industrialisation Day provides an opportunity to address issues related to sustainable industrial development and to evaluate strategies for achieving the goal of making Africans equal partners in this new world. In this context, Eneo has seized the opportunity to promote gender in the technical professions with the aim of raising awareness of the role women and girls can play in the industrial development of Cameroon and Africa. As the foundation of industrialisation, technical trades are at the heart of Eneo's operations.

Above all, Eneo Cameroon's objective is to promote and guarantee the development of all its human resources. Regardless of origin, religion, age, physical condition and especially gender.

Considered one of the largest employers in Cameroon, Eneo Cameroon relies on its human capital which is its best asset to fulfil its missions. Since 2014, Eneo has recruited nearly 1,500 employees.

The company is committed to modernisation via the technological transformation of its businesses with, for example, smart meters (prepaid and post-paid), the online agency MyEasyLight, and mobile payments.

The company's ambition is to be a model digital and human employer. Thanks to this unique digital platform, its recruitment process becomes simpler, more secure and transparent. Working at Eneo means being part of a synergy of skills at the service of the public.