World Cup live in Mve in the Centre Region: The village has done the needful to get Eneo to restore power 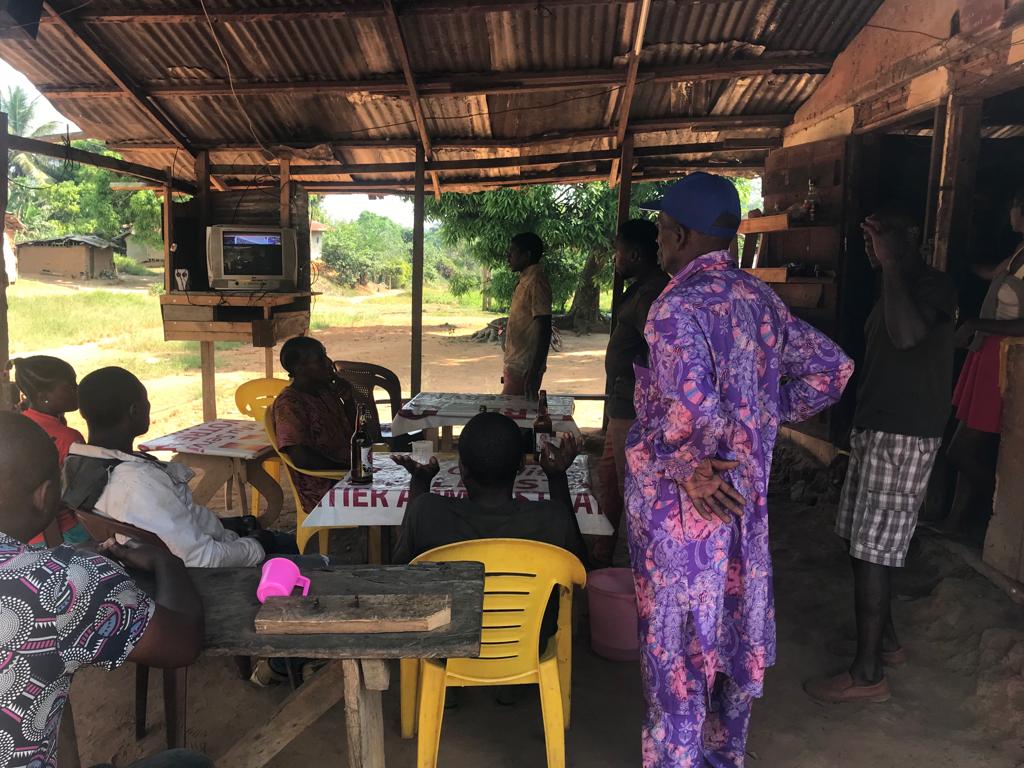 1 year and a half without power due to unpaid bills. Mve undertook a process of cleaning up its debt to Eneo

"I would like to thank the General Manager and staff of Eneo for their magnanimous gesture towards the residents of Mvé, which has been without electricity for a long time... I will continue to encourage Eneo, we know that the task is arduous, the efforts have paid off seeing as our people can now watch the World Cup like everywhere else..." said Georges Akamba Assembe, Mayor of the town of Akonolinga...

A year and a half ago, the transformer that powers this locality caught fire. According to our records, this village alone has a debt of more than 5 million CFA francs. With the involvement of the municipal authorities, an awareness campaign is underway to explain to the population that their support for the maintenance of the network is required, and this involves the regular payment of their bills.

To show its support for Eneo's efforts, the local administration has taken the lead and has undertaken to pay 10% of the debt, reminding the population that "it is necessary for Eneo to function on the basis of revenue from energy consumption", so that they too can contribute to the effort.

In order to enable the residents of Mvé enjoy the FIFA World Cup, Eneo granted moratoriums and changed the transformer under the appreciative gaze of His Majesty Jean Paul Afane ZE, 3rd degree chief of Mve 2 who said "the village has been restored to its former glory".

Like the majority of local residents, Florian expressed his joy in seeing their village lit up again: "...I am happy with Eneo, we can now watch all the matches and stay abreast with events in the country..." Through the awareness-raising exercises, he also understood the need to pay his bills "We now understand the need to pay our bills on time and regularly, so that we don't find ourselves in difficulties anymore and that this can also help Eneo to solve our problems..."

In 2022, just like Mvé, more than ten villages that had already spent long periods in the dark due to non-payment of bills were re-connected after fruitful discussions with Eneo and payment of their debts. In the DRC alone, there are still about 70 villages connected to the network that are still reluctant to pay their bills regularly. In 2023, awareness-raising activities will be stepped up in these localities with the aim of restoring the win-win partnership.