HydroMekin: Eneo Cameroon supports the evacuation of the energy generated 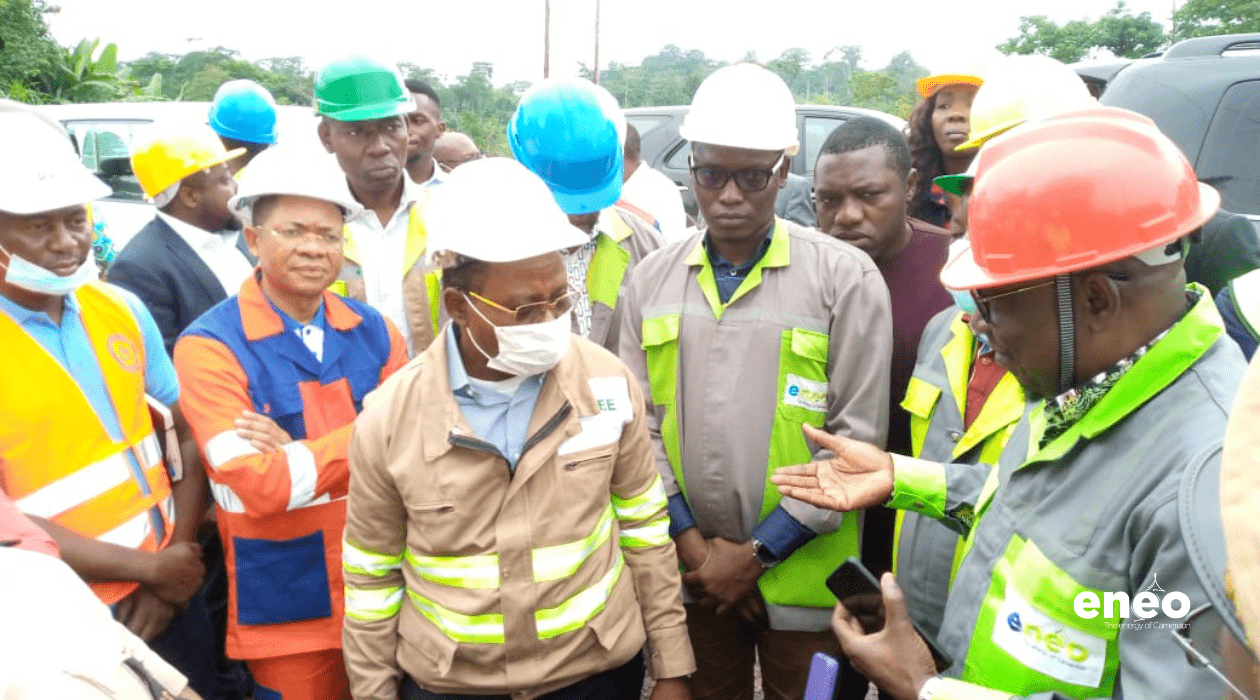 Eneo Cameroon is pleased to announce that it has helped carry out injection tests of energy generated by the Mekin hydroelectric plant into the SIG. Its D34 Sangmelima distribution line is used as an evacuation line to the Southern Interconnected Grid of the energy generated in the Mekin power plant with a peak of 11MW recorded to date. In this context, Eneo's D34 distribution line is used in a hybrid Transmission and Distribution mode. This is an unusual and very delicate configuration, as it involves risks of instability with the multiplicity of derivations.

During the field trip led by the Minister of Water and Energy, in the presence of various stakeholders in the sector to evaluate the injection tests carried out, it emerged from the statements made by various stakeholders, including Eneo, SONATREL and HydroMekin, that the optimal solution for evacuating to the interconnected network is to set up a transmission network.

Eneo appreciates the creation by the Minister of Water and Energy, at the end of this visit, of a multi-stakeholder technical working group composed of MINEE's Electricity Directorate, SONATREL, ARSEL, HydroMekin and Eneo. Its technical mission is to complete the performance tests and propose solutions to the constraints that weigh on the optimal operation of this facility and the evacuation of its energy to the Southern region and the SIG.

In the meantime, Eneo's technical teams will continue with the work on the D34 Sangmélima line, alongside other actions to be considered:

Eneo Cameroon also notes that it is urgent to set up, in collaboration with HydroMekin, a protection scheme for the D34 Distribution Line in order to better adapt it to the energy evacuation needs.