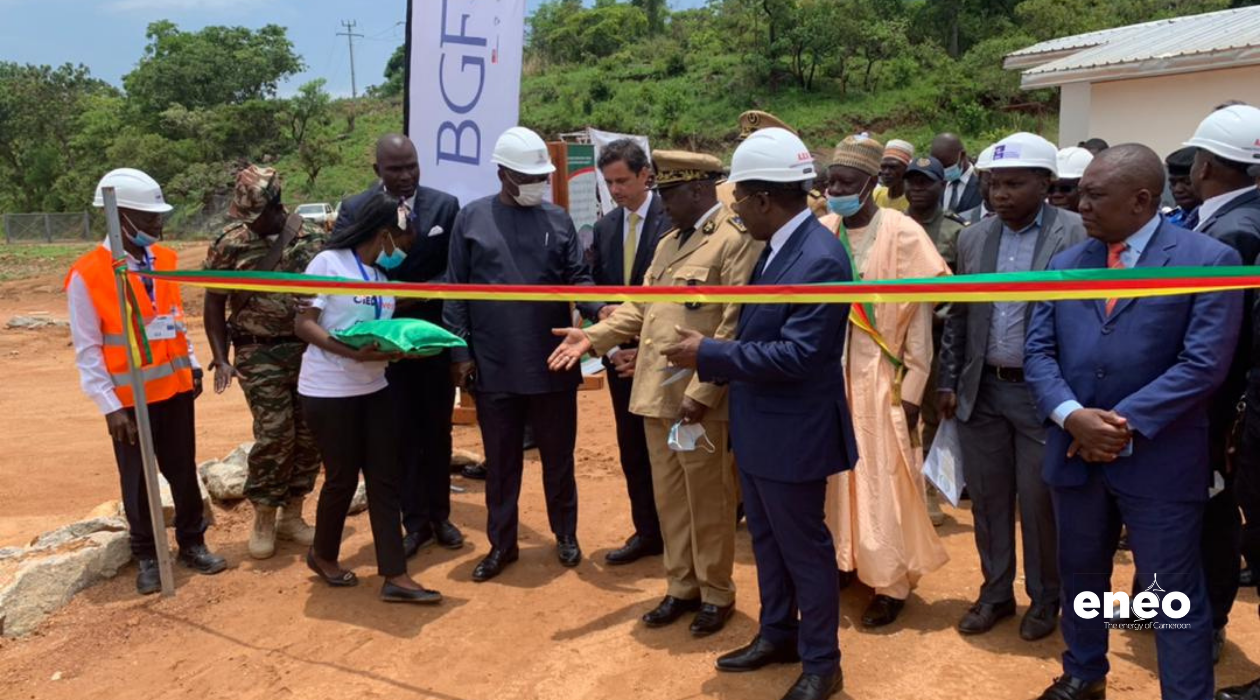 "Continuity in energy supply improves our performance. The packaging system for fish products is now functional. We keep our fish products fresh without the risk of losing them.  Our turnover has increased since the new power plant started supplying us. Other activities have developed around fishing. These include the production of ice cubes by households who sell them to traders, as can be seen in the town of Tibati and Mbakaou and other small surrounding areas. The improvement in electrical service gives new ideas. We are thinking of industrialisation." says Baba Oumarou.

Baba Oumarou is originally from Adamaoua. He has been living in Mbakaou for several years. He is one of the leaders of the fishermen's organisations in Tibati. According to him, for the last 3 months, activities have been positively transformed under the boost of a better electricity supply.

In Tibati (capital of the Division) and in other surrounding towns such as Mbakao, Ngaoundal, Ngaoubela, Minim, etc., people were experiencing regular power cuts and their activities were suffering.  The thermal power plant, the source of power at the time, could not supply sufficient electricity at all times.  Since December 2022, the Mbakaou mini-hydro plant, recently commissioned by IED Invest, has taken over from the thermal plant as the source of energy for these localities.

In addition to the fishing industry, other categories of economic and social operators have reported improved well-being and better performance of their activities.

This is the case of the hospital in Ngaoubela, schools with computer parks and businesses that save on fuel they used to spend to run their generators.

All this is as a result of the completion of the mini hydroelectric power plant in MBAKAOU (1,4 MW of capacity) by IED Invest with the contribution of many other actors including the Ministry of Water and Energy, the Rural Electrification Agency, the European Union and Eneo Cameroon

"As a major player in the electricity sector in Cameroon and a distributor, Eneo is pleased to have facilitated the development of this innovative solution. Eneo Cameroon has contributed to the construction of this mini hydroelectric plant by signing a contract with the independent power producer, under the coordination of the government, for the purchase of electricity to be distributed in a network that it has strengthened and that benefits several localities. Mbakaou is proof of the country's commitment to the energy transformation. At Eneo Cameroon, we have undertaken to develop renewable energies, already with solar energy, but also with small-scale hydroelectricity, which has the advantage of being in line with the decentralisation process." Said Amine Homman Ludiye, Eneo's Deputy General Manager in charge of Generation.

To enable the beneficiary populations get more out of these new installations, Eneo will strengthen its maintenance teams. This is intended to improve responsiveness in the event of any fault on the local networks and to anticipate incidents. Eneo also intends to further densify the network in Tibati and Mbakaou in the months ahead.

In addition to connecting more than 500 new households to the network and improving the quality of service to several thousand others in many neighbourhoods, the Mbakaou mini-hydro power plant will generate greenhouse gas emission reductions of 4,893 tonnes of CO2 per year, due to the partial or total shutdown of the Tibati, Ngaoundal and Mbakaou thermal power plants, which were the main sources of power for the area until December 2021.

In addition to improving the supply to Mbakaou and Tibati, this project reinforces Eneo's belief that the challenge of access to electricity can also be met through the development of small hydroelectrici plants. This is why our company has invested in facilitating the reinforcement of the distribution lines of these two localities (from 15KV to 30KV), and has provided equipment for the construction of low voltage connection facilities.

"Through this type of project, we believe that suppliers, developers and investors have more and more opportunities to be involved in the development of the electricity sector. This an appeal to stakeholders in the sector", says Amine Homman Ludiye, Eneo's Deputy General Manager in charge of Generation.

Financing of the project :